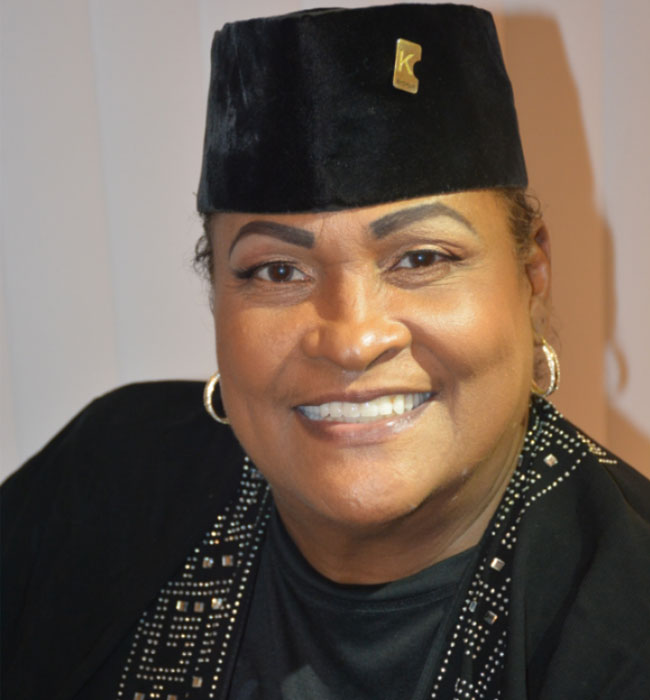 At the tender age of 17, Khalilah Camacho Ali married the Heavyweight Boxing Champion of the World, Cassius Marcellus Clay. Born Belinda Tolona Ali Boyd to a family in Chicago, Illinois that participated in both their Masjid (place of worship) and their community, Khalilah subsequently became active in both the civil rights movement and youth leadership in the Nation of Islam. As a youth leader in her Masjid, Khalilah helped educate young women in all aspects of home economics and family health. Her interest in fitness led her to acquire a 9th degree black belt in karate. She also trained with Bruce Lee. Her love of media and photography inspired her to create both her school newspaper and her school yearbook.

As a participant in the civil rights movement, Khalilah actually put her martial arts skills to use, by providing security and support to such luminaries as Dr. Martin Luther King, Malcom X, the Honorable Elijah Muhammad, and many others.

After her marriage, she, like Muhammad Ali, changed her name. She became Khalilah, to better reflect her religious beliefs. Khalilah wholeheartedly supported Ali's conscientious objection to the draft, which cost him his boxing title in 1967. That injustice was later overturned by the Supreme Court. Khalilah's fame gave her the opportunity to explore her profound humanitarian interests. She was exposed to a culturally diverse perspective that few people will ever experience. Travelling with Muhammad Ali, she visited over 100 countries, meeting world leaders and heads of state.

Today Khalilah is the mother of six children, an accomplished author, actor, producer, and a prolific public speaker. She has been honored to receive awards and accolades from numerous institutions: an honorary doctorate of Humane Letters from the Christian Southern University of Indiana: a distinguished service award from the United Negro College fund; The Push for Excellence National Citation from Rev. Jesse Jackson; the first Sister Roberta Thorpe Award in Cotton Plant, Arkansas; and many others.

Khalilah's most recent international trip helped raise funds and interest for the Sweet Homes Orphanage in Pakistan. While in that country, she visited the Pakistan Air Force Academy, Asghar Khan, in Risalpur. During her visit, Khalilah flew a Super Mushshak airplane on a training mission since she is also a qualified pilot with more than eight hundred flight hours.

Her visionary program, "Setting Goals for the Next Journey", speaks to students of all ages as they prepare for their life's work. This presentation draws from Khalilah's many life experiences, with practical suggestions for dealing with the future.

Khalilah's overall life mission in all she does is to develop good character throughout the human race.