Cherida Patterson is the founder of her eponymous line which creates fashion forward wear for the professional woman. Cherida set up the brand after spotting a gap in the market for suits that combines confidence and power with both style and quality.

Raised in London, influenced by Arabian lifestyle and having lived in the Middle East and New York, her evolution process in business has been inspired by people. Cosmopolitan cities, places and experiences.

Born into a creative family that has a long connection with the world of fashion, and synonymous with the revolutionary fashion photography movement of the 80's. Cherida moved back to London to pursue her ambition to launch the CHERIDA collection. Both Cherida and her brand are at the forefront of social change the latter of which is actively aiding how women are perceived in business yet also twinned with an ethical conscience, with all garments being both sustainable and ethically produced.

Cherida is actively working to change the position of women in the workplace and bring greater equality to the professional landscape- both aesthetically and by breaking traditional boundaries and concepts that women are all too often conditioned with She is also incredibly passionate about empowering women to achieve their full potential and have a voice in today's society and brings a creative side to the programs offered. 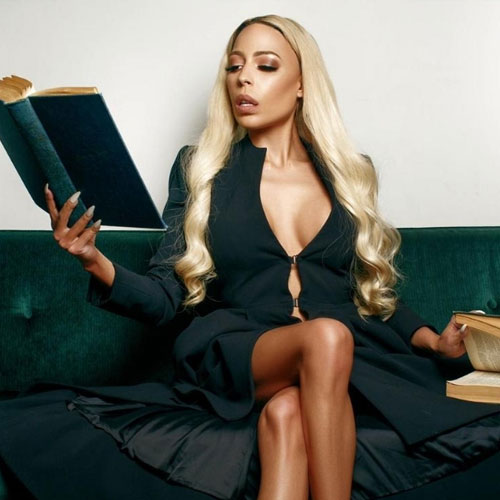 The First Woman to Ever Bring Couture Fashion to the Mainstream With a Collection of Styles under $100-How Is It Possible? Kaila Methven, the renowned lingerie designer, entrepreneur, and activist is pleased to announce the launch of her latest venture-couture-inspired lingerie and party wear line in collaboration with EDM.com. After the year that was 2020 and with COVID restrictions easing across the US, there is no more of a perfect time to finally bring the highly anticipated collection to life. The world is itching to get back outside and experience life again and after a year of wearing sweat suits. It's almost like a rebirth-the new normal where people want to dress up and feel inspired again.

The EDM meets couture collection consists of a range of colorful bras, panties, dresses, and jackets with the focus on dressing up and having fun with your look post -lockdown, Mix and match styles make getting dressed up easy, and each new drop will complement the previous, so you can continually update your new wardrobe staples. Kaila Methven's granddad founded Rainbow Chicken Limited, a South African company who provided nearly all of the Colonel's poultry. After inheriting her part of the empire, which was sold in 1991, at the age of 18 the LA-born designer and glamour model, turned to the sexier business of luxury lingerie. The 26-year-old now designs undies embellished with gold. Tahitian pearls. Diamonds, emeralds and sapphires, which are handmade in Beverley Hills-after studying at Paris International Fashion Academy, Speaking

Speaking exclusively to Sun Online, Kaila said: "The price usually ranges anywhere between $20.000 (£14,000) and a couple of million (E1, 4m) depending on what the client wants.”If you want a 1.5 carat diamond and you want it pink and the entire corset covered in it, there's probably going to be over 300 diamonds on the corset. "I came up with the idea one night and I was with my friends and I was like you

Know what, why don't we stick fricking pearls all over this thong? Who cares about the fabric? "Made to Adore took about eight months to really bring to life. I had to travel to find the best diamond supplier and find connections." Kaila thinks her range is one of the most expensive in the world, and says it can take between three to eight weeks to turn her designs around. She's designed pieces for Demi Lovato, Katherine McPhee, glamour model Abigail Ratchford and even one of the Kardashians - although she's tight lipped.

About which one. While she recently designed diamond lingerie set for a princess - and her pieces have appeared on the cover of US Weekly and graced the pages of Play boy. Kaila, who has modelled in FHM and Maxim, said: "T'm still debating whether or not I'm going to do Playboy. I've been offered many times. Hot "I've been on the cover of Element magazine, FHM. I do glamour modeling." But life hasn't always been so glamorous for the heiress, whose mum passed away when Kaila was 14 - meaning she had to move to Paris to live with her Tunisian dad. She said: "My father thinks I've done a wonderful job. I'm not going to lie, he calls me and is like 'take down that photol' but he's very proud of me, He cries. "When I won the IBA award for international best designer, when he sees me on the cover of magazines, he's like that's my daughter.”My father does not come from a privileged family. My mother was the privileged one; I grew up very poor until I was 18. "I don't think it's any father's real dream for his daughter to be an underwear model. But he has a sense of pride that his daughter made it."

It was while living in Paris that Kayla got in touch with her sexuality, and developed her love for lingerie. She added: "I would go to the Moulin Rouge. I love elegant strip shows - DitaVon Teese, Pamela Anderson, I wouldn't miss a strip show ever. "And I just felt it's so elegant, the clothing on their bodies and the costumes.”But most of all when I was in my teens I fell in love with a French man And I would go and buy the most expensive lingerie and I would show it off to me, "I would make it a whole fiesta basically, I would do a little strip tease. It started off mostly as sex but we fell in love. And we ended up dating for a while. "La Seductive my first line when it came out I was very heartbroken after our break-up, and I'd just moved to the States. "I was like 'here I am, in Las Angeles, no friends, no family, starting over let's do this. And I have always had a passion for lingerie. "It's about empowering women, their sexuality. I want every woman to feel beautiful in every way possible. "What I provide is an exclusive sexual experience, and I want every woman to feel that." Kaila has four lines ranging from the custom-designed Made to Adore and high-end LaSeductress, to LBKM, her affordable range which costs between E7-28 ($10-40).

She stocks everything from corsets to handcuffs and nipple tassels, while the undies are available in sizes XXS to XXL (you can shop the range here). When she's not working round the clock making her business a success. Kalla enjoys spending time with her boyfriend of almost a year, she said "I think it's because I'm so in touch with my sexuality at a young age that I'm so into lingerie. I just love the idea it goes back to really Adam and Eve. "Its what humans do, we eat. We sleep and we fornicate and that's normal human life. And it's difficult today because people go 'oh, especially Americans. "I grew up in Paris and we're very open about our sexual lives. Everyone that works with me is French. "But here in America we keep things under certain radar. And that's the message I want to bring- you don't have to be so closed minded." If Kaila's grand designs are a bit out of your price range. Aldi has unveiled a sizzling Valentine's Day lingerie collection and everything is just £3.99. While a rich widow who's had affairs with 100 married men says Valentine's Day is "best time to be mistress"-and her THREE lovers spend twice as much on her as their wives. 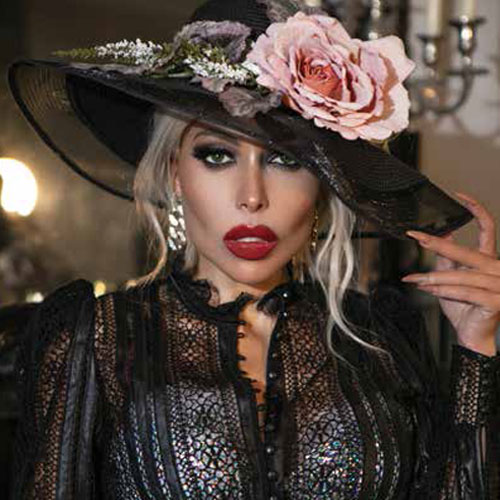 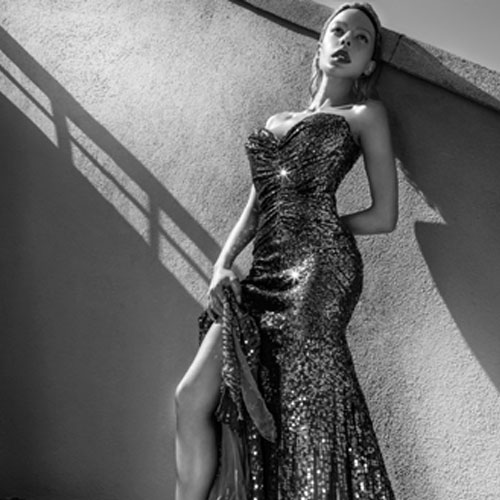 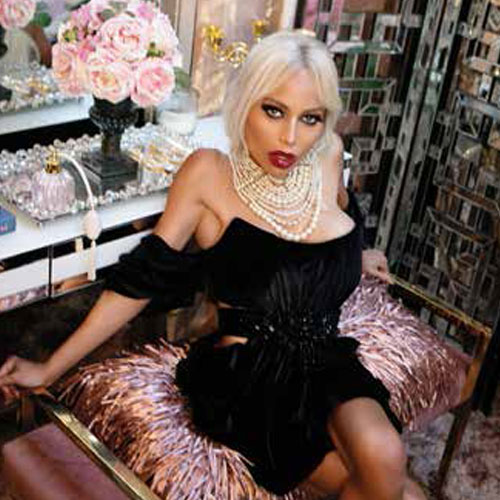